This is a short hike to a beautiful waterfall in Oregon’s Willamette Valley. It’s easy to see why the falls have become instafamous as when you are standing at the base of the falls looking up at the huge basalt amphitheatre.  Getting to the trailhead is just as much an adventure as the trail itself. The trail is on private land so the access road is not in the best shape and 4WD at least getting out is definitely required to drive all the way to the trailhead. People park along the road and walk in if their car isn’t up to the task.

I found google really helpful in directing me to the trailhead because a lot of the forest roads aren’t really marked. The dreaded part of the drive is in the last 2 miles where the dirt road winds steeply downhill and gets riveted and rocky. Some recent rain also left some very large puddles which were hard to figure out how deep they were. It’s easy to drive down slow enough. The trickiest part of the road is a major switchback which is set on a steep turn and over the years has started to wash out. The clearance I have on my jeep really came in handy. At the end of the road is closed and there’s a small area to turn and park along the side. When I arrived there were 5 or 6 cars at the end of the road.

The hike down to the falls starts from the end of the road. There is a big sign saying it’s private property and has been opened to the public but adventuring down to the falls is at your own risk. Make sure you don’t head straight to the river but the trail kind of heads to the left. It winds down sometimes steeply and if there’s been recent rain like there was for me it was pretty slippery so I had to use my hands. The trail turns to the right to head down to the river and runs next to two fallen trees which point down to the river. This part is slippery and people have put up ropes to help you get down. 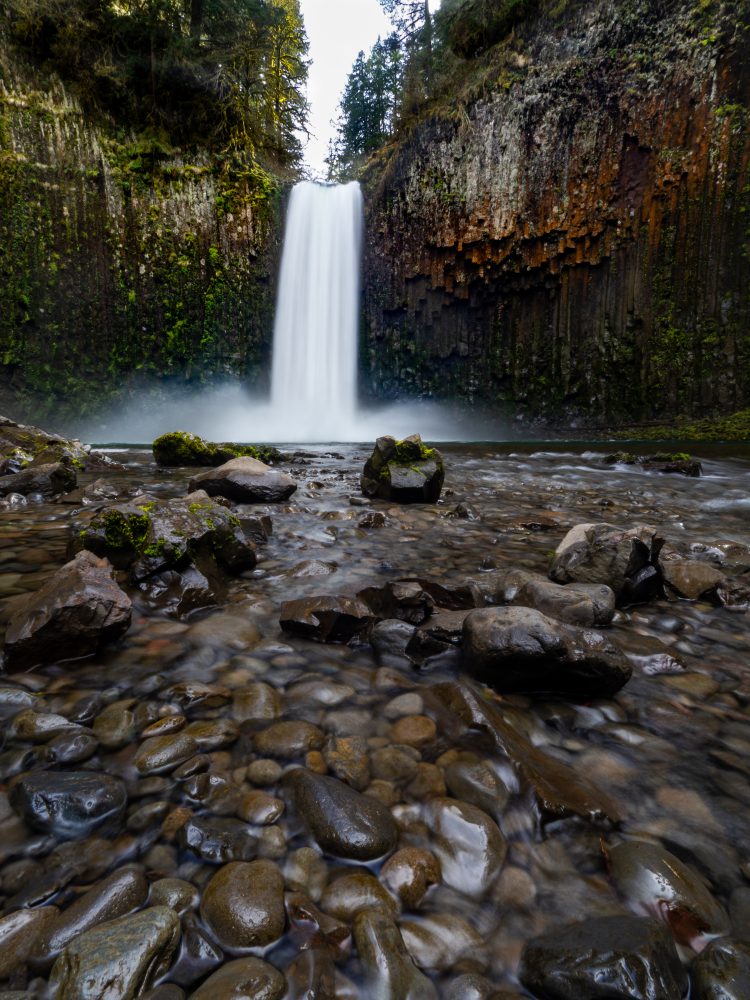 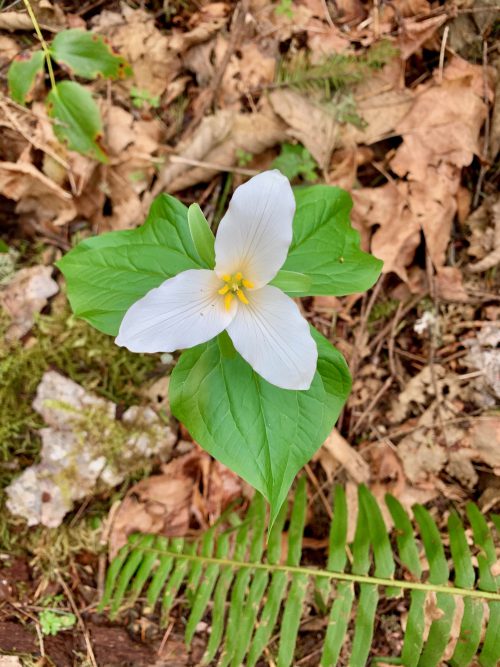 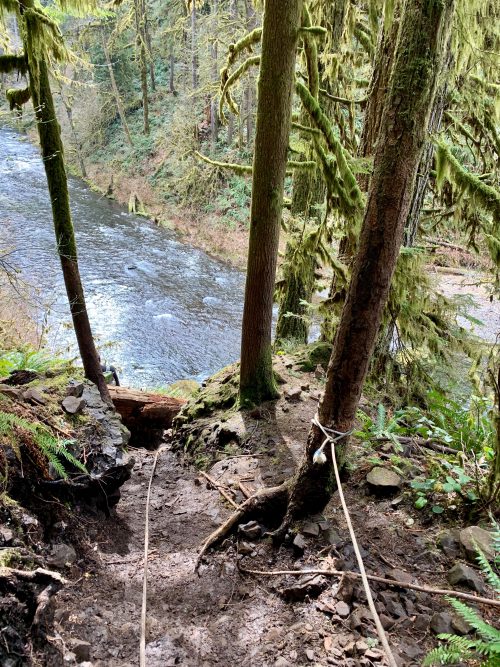 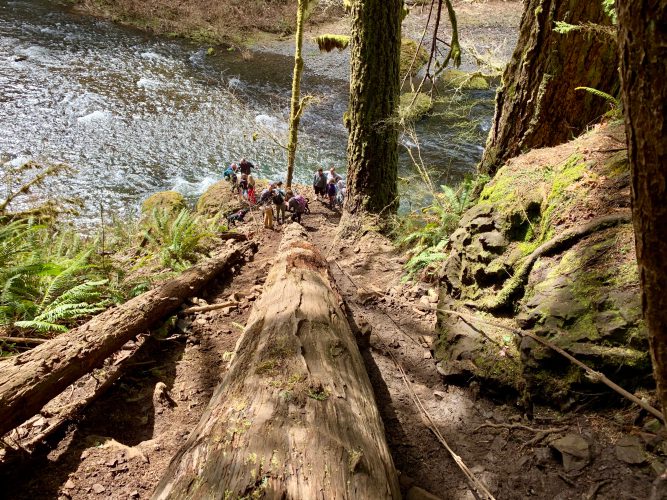 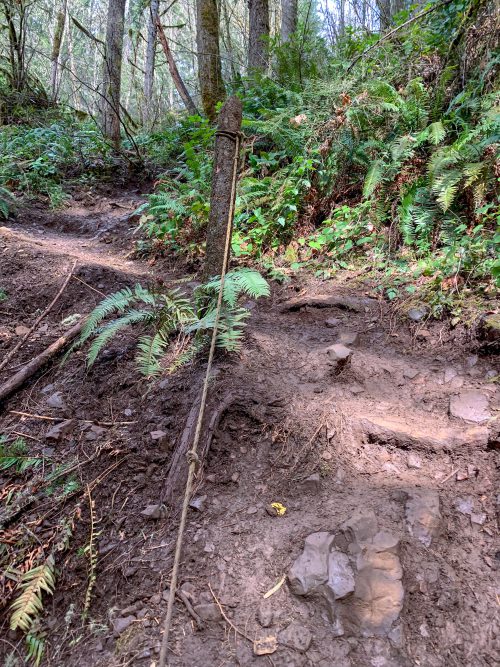 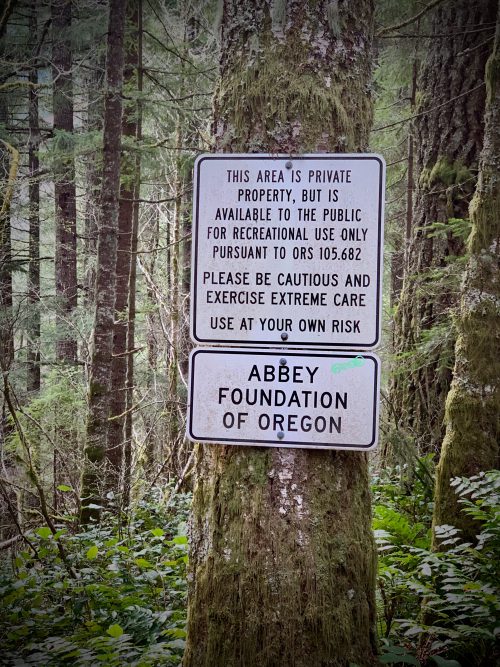 The final part of the trail follows the river bank to the left where you reach the amphitheatre containing Abiqua falls. I spent a bit of time at the falls and even though I was sharing it with a bunch of other people it didn’t ever feel super crowded. The road to get here seems to keep the crowds down. 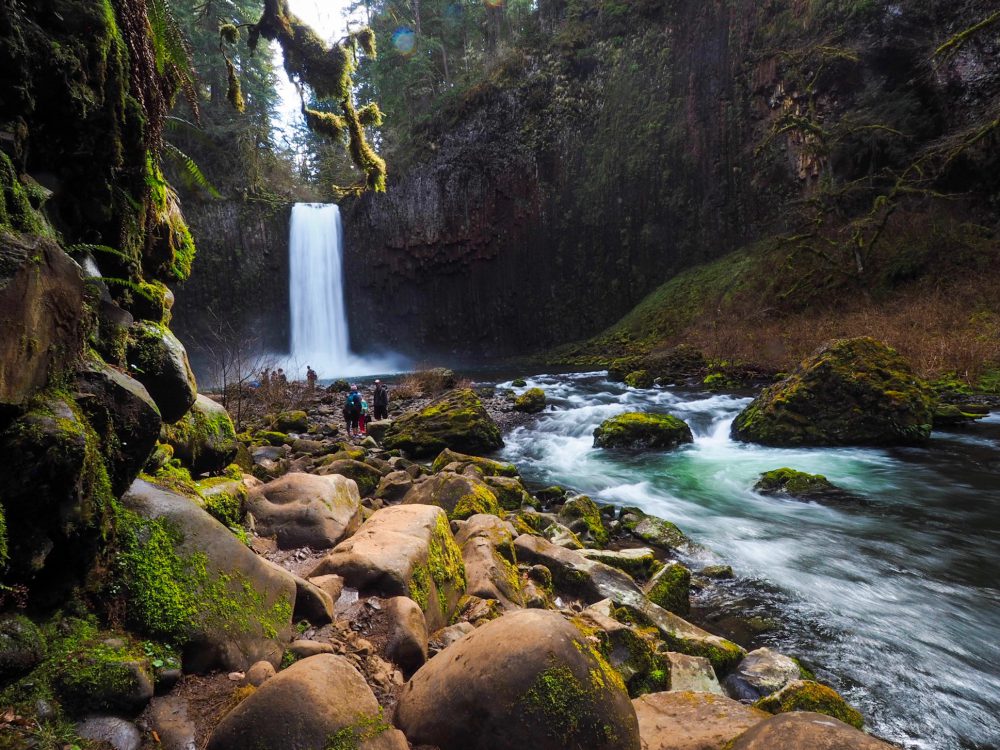 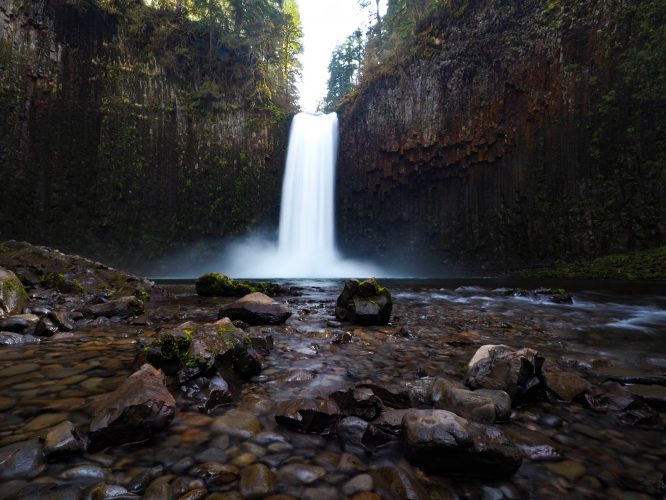 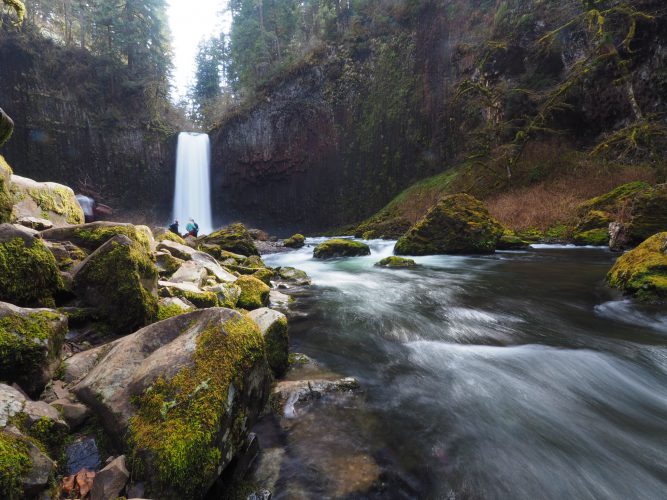 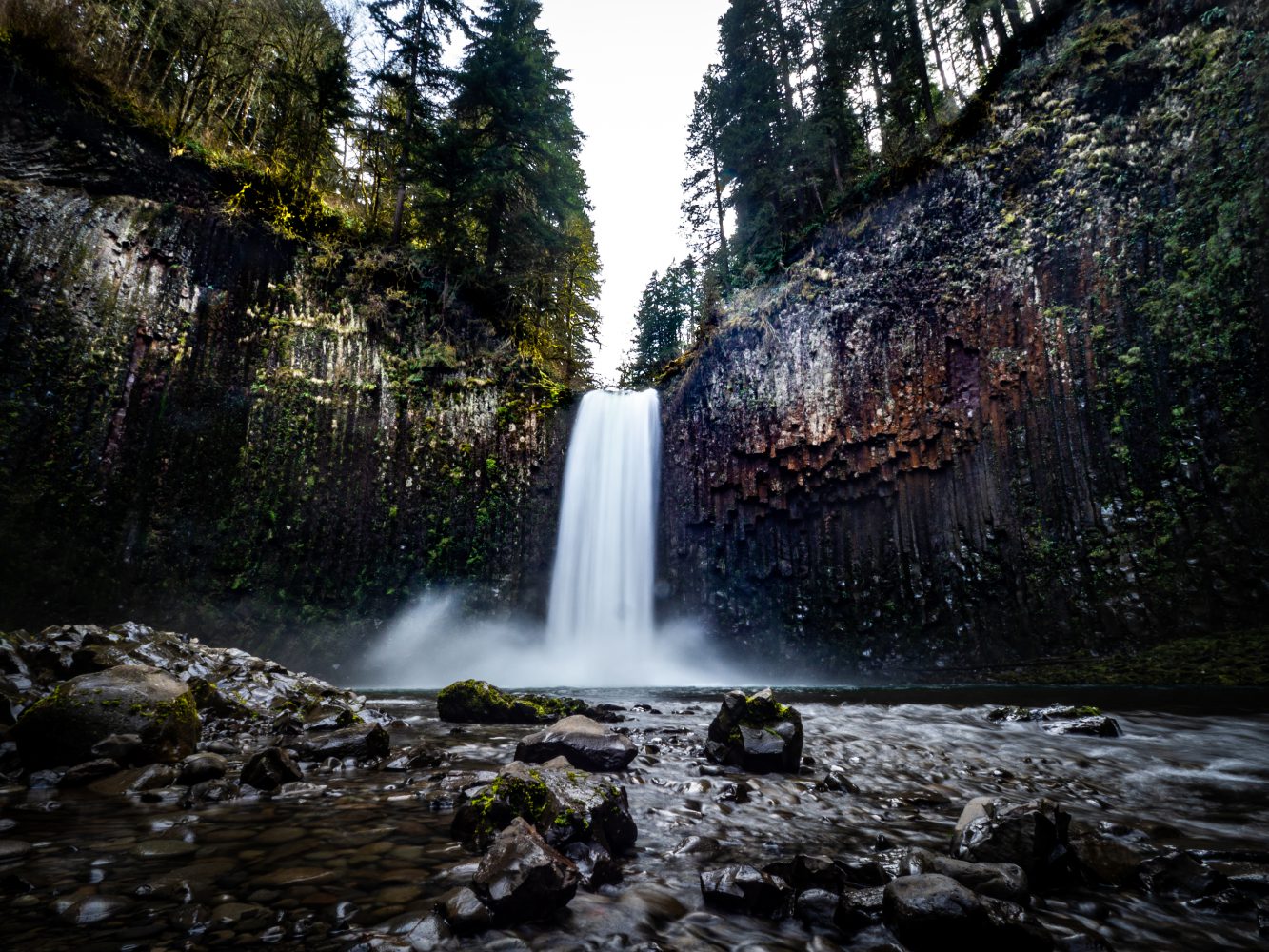 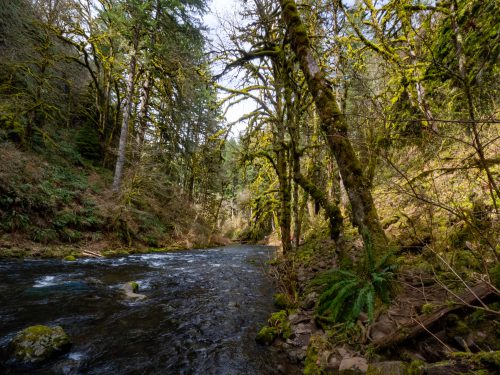 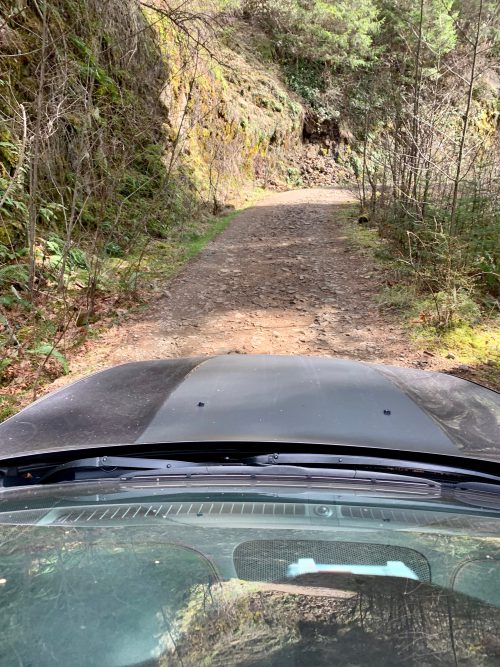 I took my time with the hike and drive out and was surprised to find a car stuck on the hairpin washed-out turn. It was a two-wheel drive and they had made it down to the falls ok but the car didn’t have the clearance or the muscle power to make it up over the washout. The driver of the car was getting help from someone else and after I checked that they were ok I continued the drive out. I had to put my 4-wheel drive in low to get it up over the washout so I can’t stress enough how a 2 wheel drive shouldn’t be taken on this road.