Another weekend another mountain adventure. This weekend Ananth and I decided on a last-minute scramble to Cowlitz Rocks in Mount Rainier National Park in the Paradise area. This isn’t a very popular route outside the Mountaineers and I don’t really understand why because it was beautiful. We did have fantastic weather and got views of Mount Rainier, Little Tahoma, the Tatoosh range as well as other cascade volcanoes like Hood, St Helens and Adams.

We left Seattle around 6, grouped at Longmire before heading up to Paradise. There had been some fresh snowfall overnight and the road up to Paradise was pretty icy. We took the drive really carefully. The parking lot at paradise was covered in a thin layer of ice which made walking to the bathroom a bit of a challenge! We made the call at the cars to leave our snowshoes but 3 of us who had avalanche beacons donned those as we would be travelling through avalanche terrain.

The route to Cowlitz rocks starts from the closed Paradise road, downhill until the ‘Fourth Crossing’ trail. The way heads uphill to the Mazama Ridge and follows the paradise glacier to Cowlitz Gap. The fresh snow from the previous day meant we had to break trail and at some places was hard to tell what the surface was like under the powder.

When we got past Mazama Ridge we lost the trees and it is completely exposed from then on. It was pretty hot in the sun and we made sure to reapply sunscreen hourly. I forgot my glacier glasses and my eyes were watering even though I was wearing regular sunglasses. When we reached Cowlitz Gap we saw the steep slope up to the rocks and we stopped to discuss the best route. 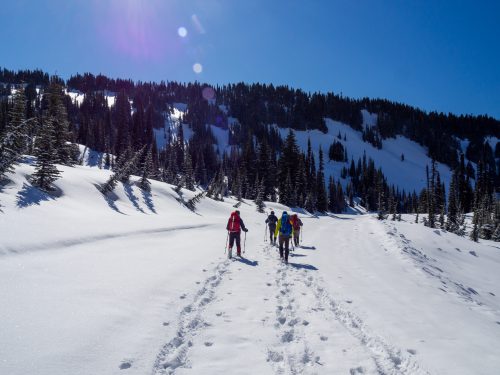 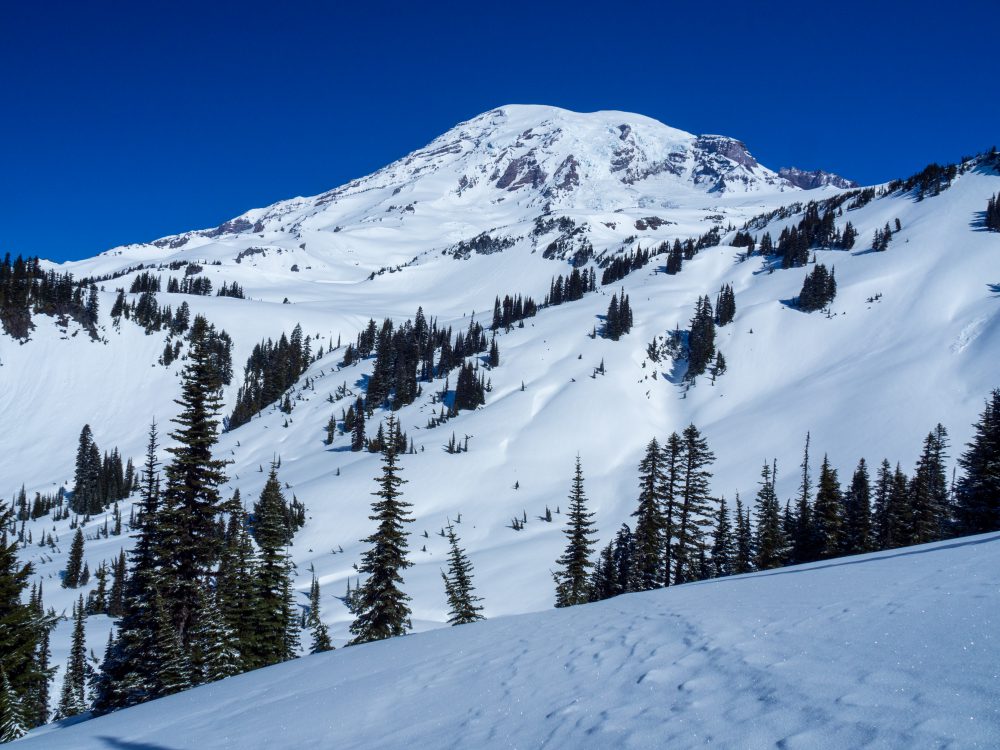 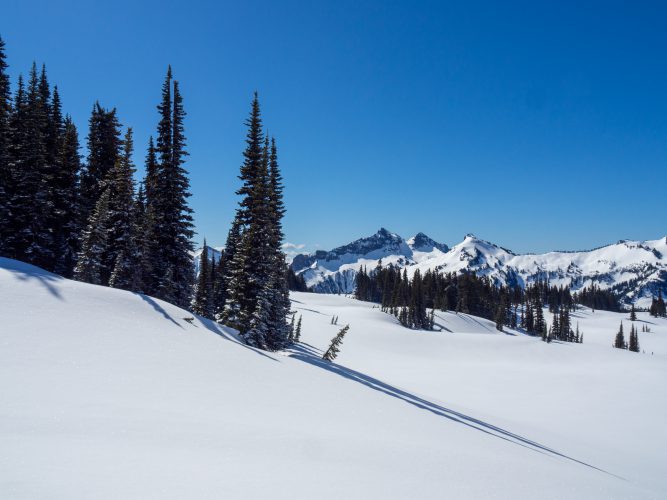 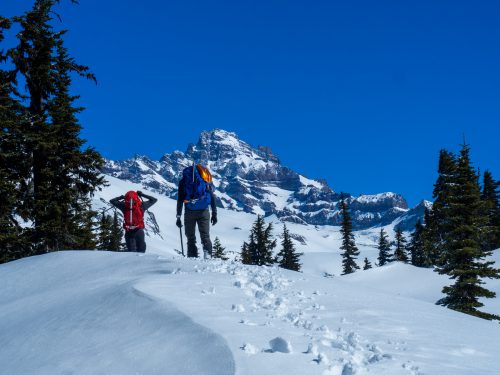 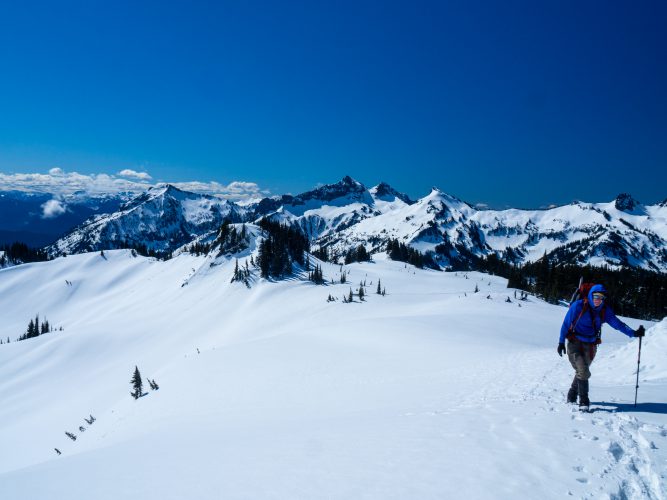 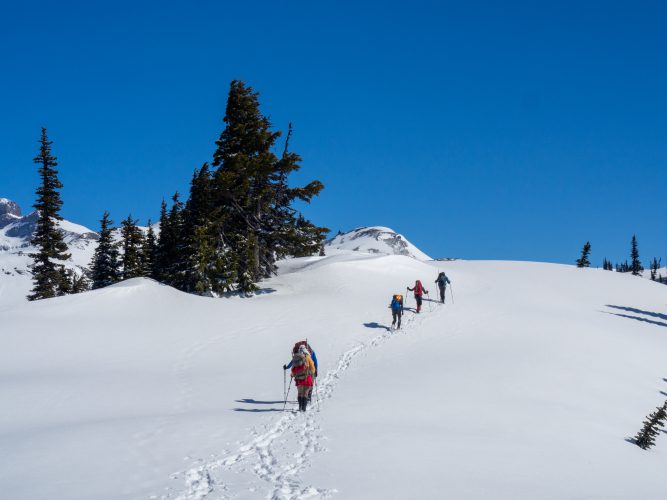 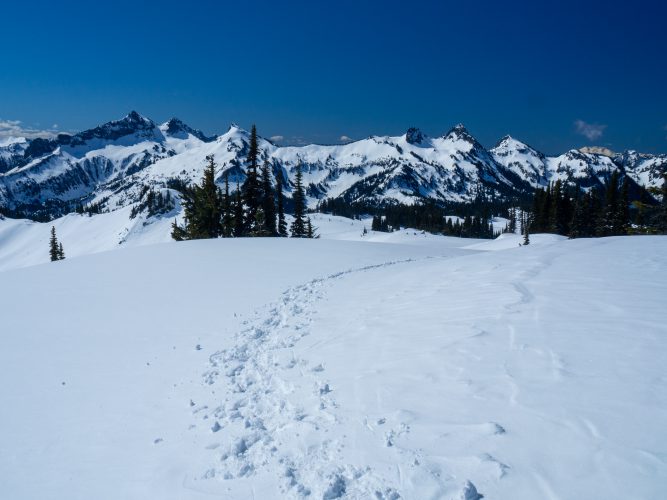 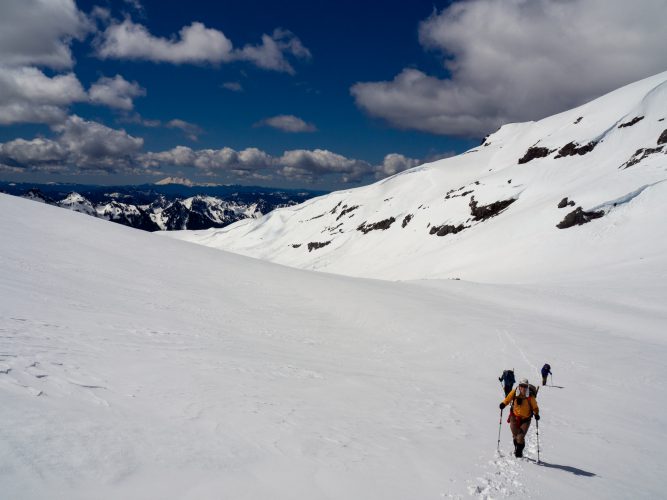 We decided to hug the ridge, being mindful of the cornice and using an exposed rock line to make our way to the summit. The snow turned to hard ice pretty quick and the rocks were pretty unsteady and easy to posthole into the rocks through the top layer of snow. We donned crampons and pushed the last 100ft, working our way up the steep hard ice. Our stopping point was a rock tower along the ridge that we deemed the top. The clouds had come in and were now covering our view of both Little Tahoma and Mount Rainier. We still had great views out to the Tatoosh Range. 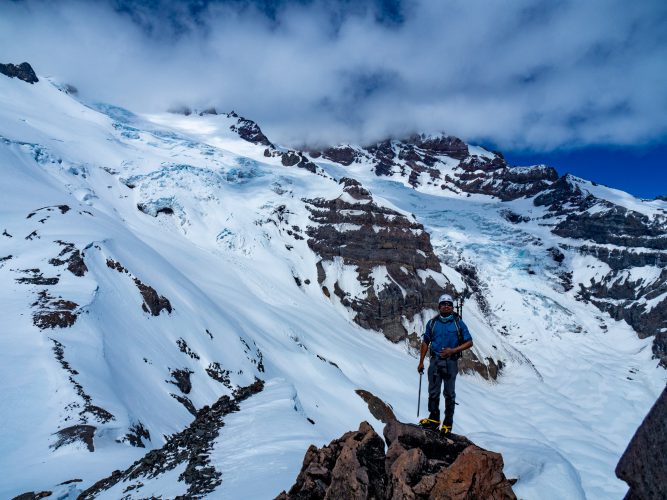 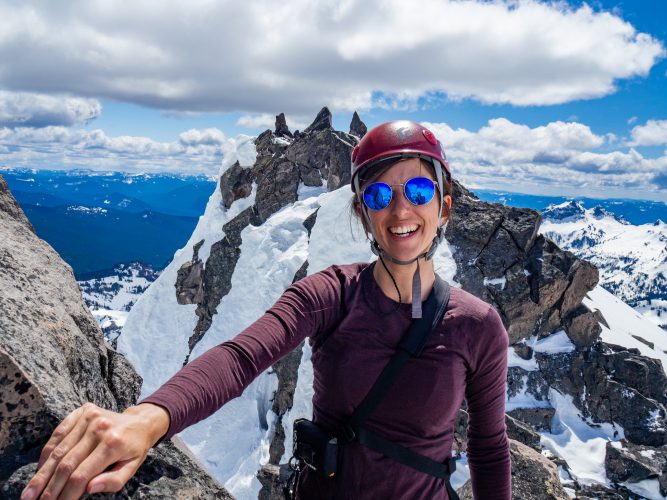 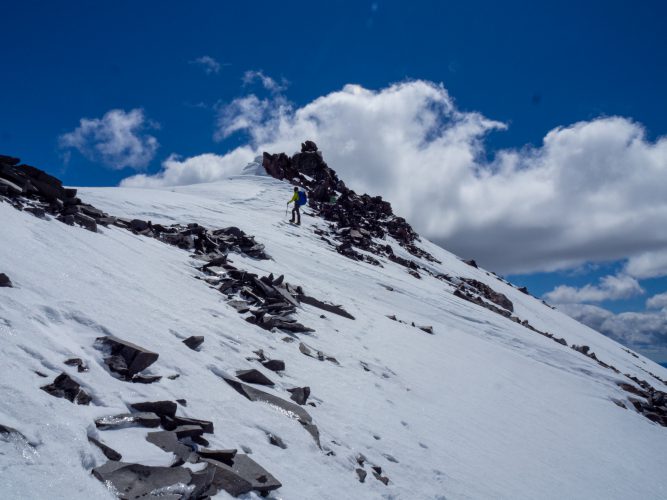 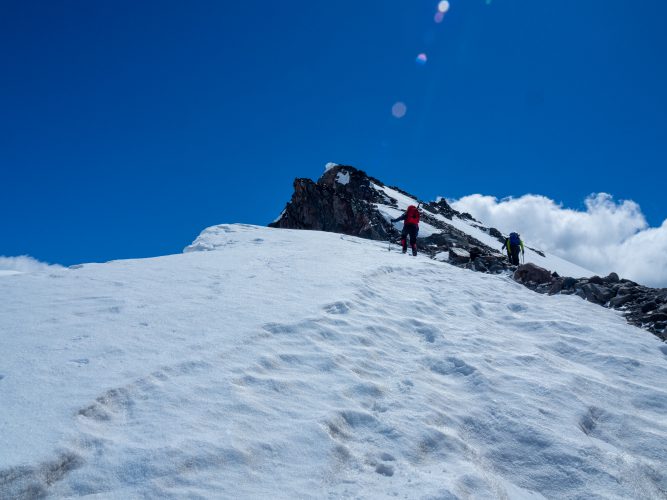 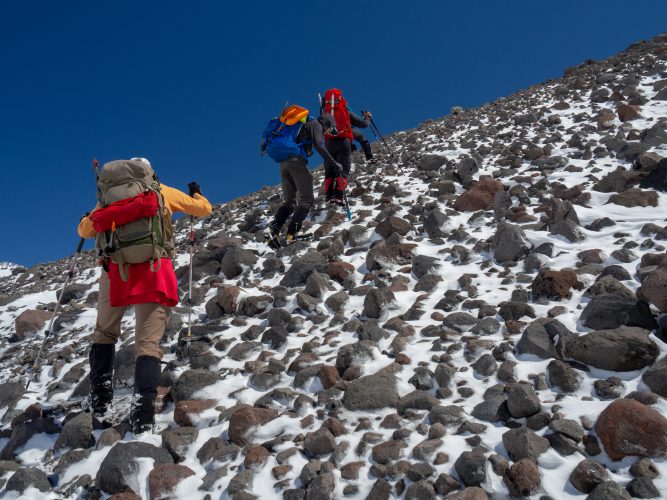 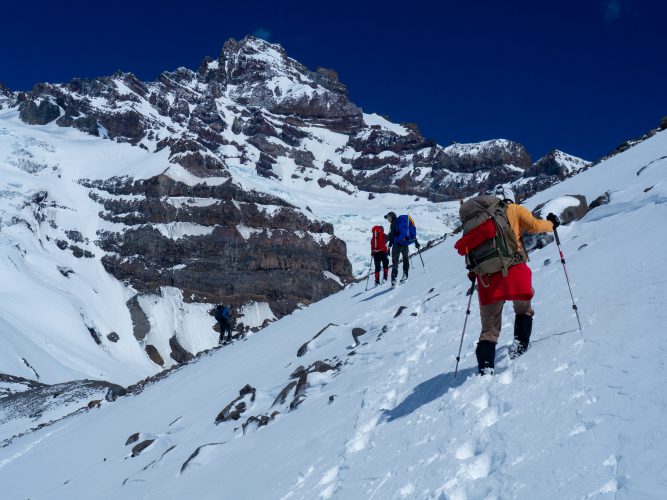 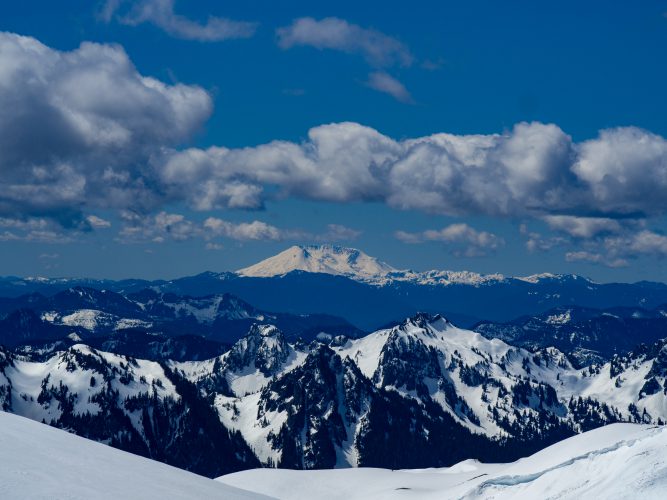 After a quick break on the summit, we started to head back down the steep ice, using crampons and ice axes to move down onto the softer snow at Cowlitz gap. From here we hiked most of the way back to the parking lot without needing a break. The way down was a little slippery with the snow had softened a little from the Morning. Also, the way up Mazama ridge was obviously covered in boot holes that were covered in the new fresh layer of snowmaking foot placement crucial on the way down. We got back to the cars with the whole trip taking just under 6 hours. 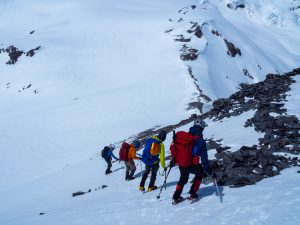 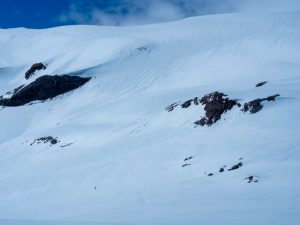 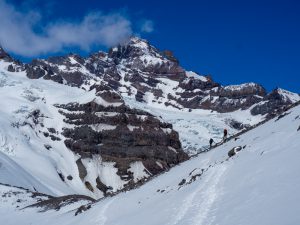 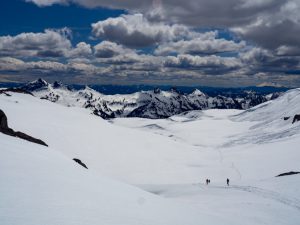 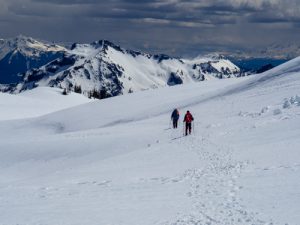